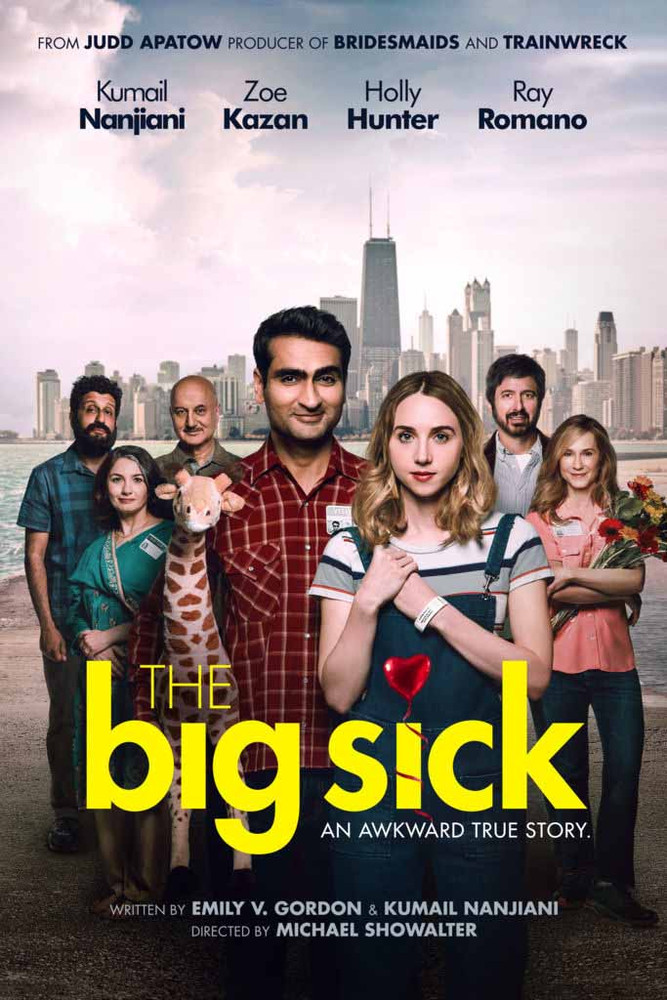 Kumail Najiani and Emily Gordon come from different worlds. This didn't stop their one-night stand from growing into a fully fledged romance, however. Kumail's background is found in a traditional Muslim family, while Emily is your average American citizen. Kumail's family is displeased with the idea that Kumail would seek a relationship with an American. This cultural clash comes to a head when Emily contracts a mysterious illness, complicating Kumail's life even further. Kumail must work through this illness with Beth and Terry, Emily's parents, whom Kumail had yet to meet before this point.