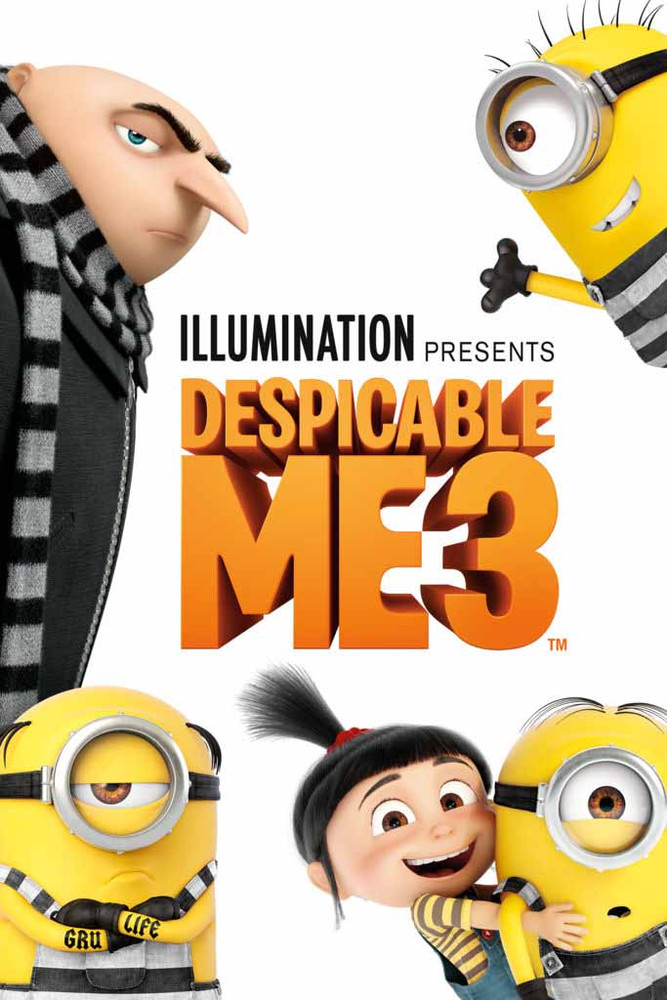 Come along as the ever exciting and hilarious adventures of Gru continue in this third Despicable Me film. In this 3D computer animated movie, Gru finds himself facing off with Balthazar Blatt. Balthazar was a childhood star from the 80's who has become obsessed with the character that he once played and is now on an epic quest for world domination. To add to the drama, Gru also becomes engaged in sibling rivalry after he discovers the existence of a long lost twin brother, named Dru.

Despicable Me 3 [Vudu HD or Movies Anywhere HD via Vudu]

Despicable Me 3 [Vudu 4K or iTunes 4K via Movies Anywhere]