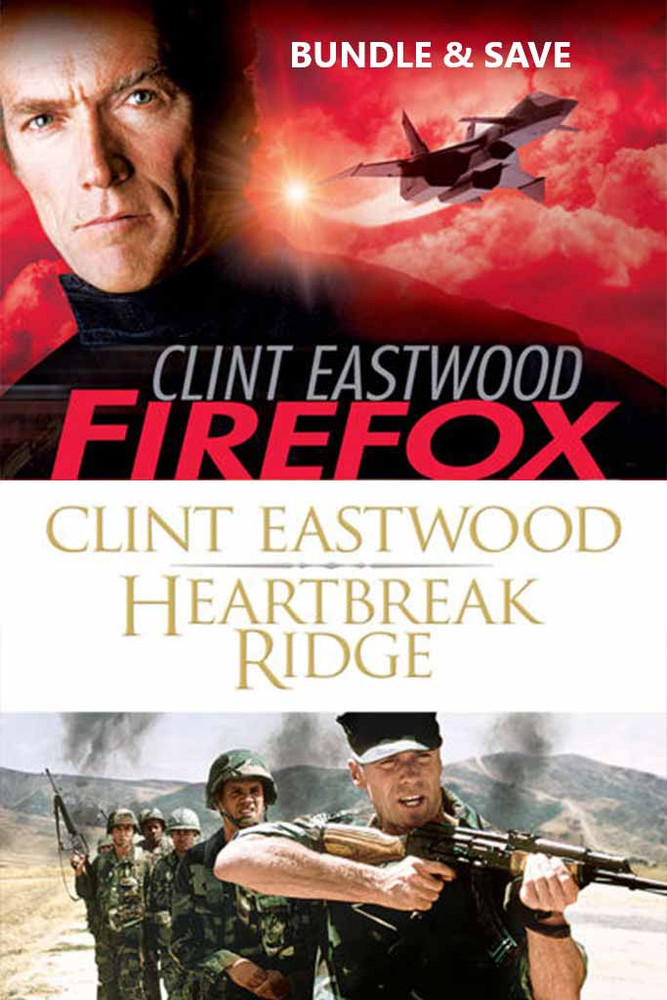 Star/director Clint Eastwood wields weaponry, commands troops and triggers soaring suspense and adventure in two popular action hits. The Cold War heats up when war-haunted pilot Eastwood slips inside the Soviet Union to steal the mind-controlled high-tech fighter called Firefox. And he's a semper fi lifer who whips raw Marine recruits into shape and leads them into the invasion of Grenada in Heartbreak Ridge. A science-fiction spectacular and a character-driven study of a warrior at a peacetime crossroads: it's a dynamite double feature from one of cinema's most beloved stars and acclaimed filmmakers.